A Jonas Brothers Wedding and a French Chateau 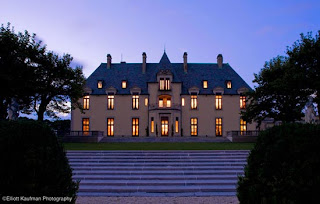 I am not all that into celebrities and their over-the-top lives as a rule, but today as I scanned the headlines on my home page, I saw the title "Jonas Brother Weds Former Hair-Dresser at French Chateau in New York".  Well, as a woman of a certain age, the Jonas Brothers don't really make my heart skip a beat, but my friends and readers know that a French Chateau sure does!  So I hopped over to the Oheka Castle and Hotel site to check it out.

I learned that the Oheka Castle was built in 1917-1919  by financier and philanthropist Otto Hermann Kahn in the middle of a 443 acre plot on the highest point on Long Island.  It's cost at the time was $11 million dollars, $110 million in today's currency.  It was and is the second largest private residence in America, runner-up to Biltmore Estate I presume. The estate consists of 109,000 square feet and 127 rooms. Kahn used it as a summer home and as place to entertain royalty, heads of state, and Hollywood stars. 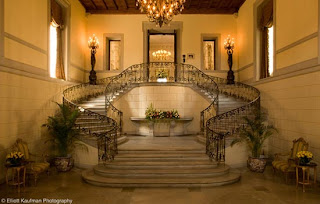 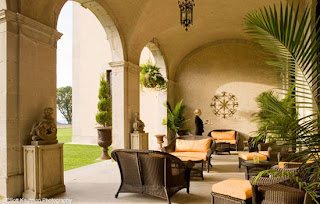 After Kahn's death in 1934, Oheka changed hands several times and went through several incarnations, such as a retreat for New York sanitation workers, a training school for Merchant Marine radio operators, and a military school.  The gardens were bulldozed, the rooms subdivided, and paint covered walls and beautiful mouldings.  Eventually, the estate stood abandoned.  Vandals set over 100 fires in 5 years. 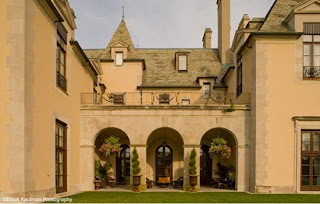 Archways to the Loggia

In 1984, developer Gary Melius purchased Oheka and set about to painstakingly restore it to its original grandeur.  Now Oheka Castle and Estate is a member of the prestigious Small Luxury Hotels of the World.  It is also listed on the National Register of Historic Places. 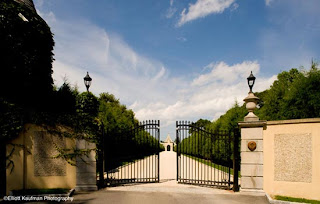 The View from the Gatehouse 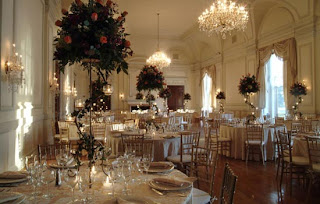 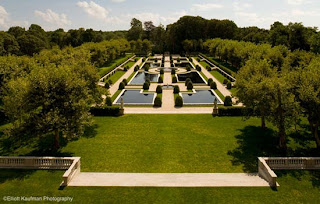 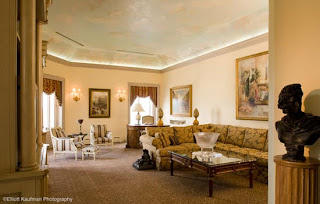 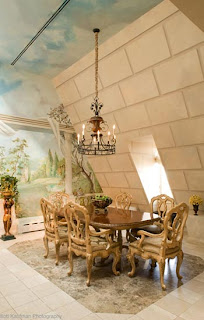 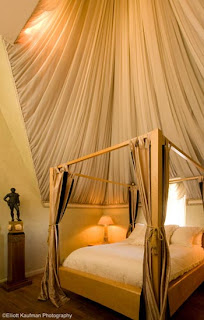 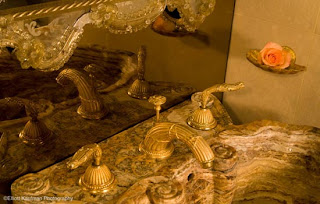 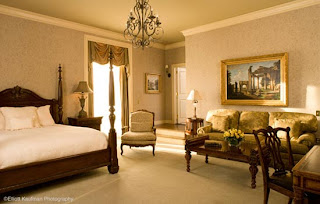 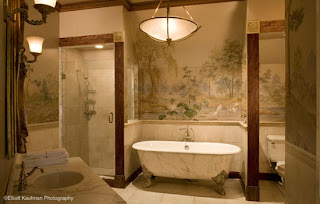 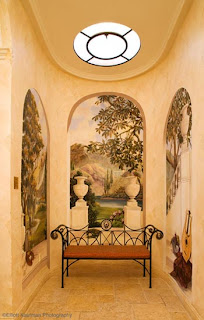 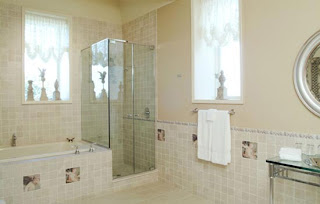 There are many more images at their site, http://www.oheka.com/.  Sorry that I didn't delve into the Jonas wedding.  TMZ will have all that info I'm sure!

Posted by Southern Chateau at 9:55 PM

Thank you for the intro to this fabulous estate...
Best of the Season to you and yours!
Cheers Heather

Thanks, Heather! Merry Christmas to you as well.