Memory of a Beautiful French Home 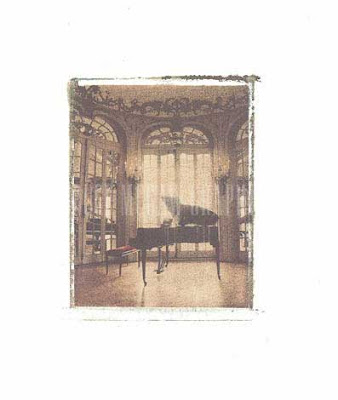 By now if you read my blog you know that I am a lover of all things beautiful, both in the fine arts world as well as the decorative arts. I believe that you are a product of everything that comprises your past, present, and future. I'm not sure where I stand on reincarnation, but I sure have to wonder why certain things have such a magnetic pull over us for no apparent reason.

I often think about my life as a whole and how I arrived at this particular career. It has been a rather circuitous route, but somehow I always knew it was the place for me.


One early memory I have is visiting a beautiful home that I am sure influences me still to this day. The house belonged to a elderly but very stylish lady that had been my parents' landlord when they were first married. Her name was Mrs. Witt. She had been a hat buyer for a major department store chain in the South and made twice yearly buying trips to Paris. Her husband was an accomplished attorney.


Even though my parents had moved to another house nearby, my father would still occasionally do odd jobs for her. I will never forget one Saturday visit I paid with him to her home. I must have been maybe six or seven years old.

The house sat in the middle of a good sized farm that had once supported tobacco crops. Small workers' houses dotted the hill above her grand home. A large barn could be seen from her windows. A tree-lined, winding driveway enhanced the anticipation approaching the house.

The best way to describe it I guess would be a French Country house. It was one level, brick, with a hipped roof, to the best of my recollection. (I don't remember the exterior details as vividly as the interior.) It had an entrance with a handsome broken pediment door-surround. My Dad was a friend so we used the more intimate rear entrance. Large boxwoods framed the sidewalk and door. I still remember their fragrance.

As we entered the back of the house, we were in a rather small sunporch where I could tell she now spent a lot of time watching her small television with her many cats. It was charming, filled with windows all the way around three sides with views of the farm. I remember thinking that I wasn't accustomed to such a house and that my Dad would want me to behave. A banquette-style sofa covered in a brightly colored, though faded, floral fabric was the main piece of furniture that I remember here.


For some reason, I don't remember why, she rose and began to lead us through the rooms of the house. Who knows, maybe she sensed my little-girl fascination with her home and her life. She
led us through a small hallway and into what I would describe as a gallery-type area that ran crossways of the house. It was here that I glimpsed the room that will live in my memory forever. It was was she called "the ballroom". It stepped down from the gallery hall. It contained large floor-to -ceiling windows with faded velvet curtains tied back. The floors were beautiful hardwood. The piece de resistance of the room was a grand piano. I had never seen anything like this! She talked about the parties that she and her late husband had enjoyed in this room and how much she missed him and those days. How she could still hear his Cadillac come "purring" up the long driveway.

Wow. That's all I can say still to this day.


From here she led us into her bedroom suite. This I think was the room that solidified my love of French furniture. The room was lighter in feel and held a double Louis XVI bed. It had a dressing screen in the corner that I could tell she actually used. Clothes were casually thrown over it. I vaguely remember it to be painted with some sort of scene. Also in the room was a skirted vanity with a small French bench stool. It was laden with an assortment of perfume bottles and other ladylike paraphenalia. There were of course hats of all designs scattered about as well as fancy hat boxes. Again, in my little mind, Wow.

It couldn't get better than this for me. We followed her through more rooms. They were obviously not used much anymore. Spare bedrooms with dusty old things and boxes. One room held white painted French chairs with red velvet upholstery. I remember being brave enough to touch a chair and my Dad giving me "the look". I still remember how the fabric felt to my little fingers. As we walked, she would casually mention the things she had picked up while in Paris. Paris!
There was a small dining nook as well as a kitchen with white-painted cabinets that obviously didn't get much use anymore. (She watched her fashionable figure until her dying day.)
As we bid our polite goodbyes, I was enthralled with all the things I had just seen. The faded grandeur of the house and the obvious love and romance that had once filled it left an indelible impression on me. I was never in the house again. Later it fell into disrepair and was razed. But it lives forever in my heart and mind, the embodiment of all things beautiful and French.
Posted by Southern Chateau at 7:13 AM