He Said, She Said (or the Venus/Mars Dilemna in Decorating) 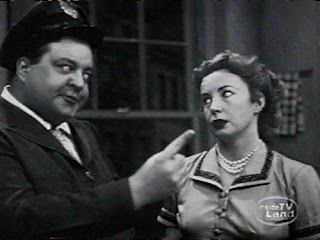 (This was originally posted by me on 2/6/09. I just listened to today's edition of The Skirted Roundtable http://www.theskirtedroundtable.blogspot.com/ and I thought I would re-post it. I guess we all suffer through this!)

"It is the personality of the mistress that the home expresses. Men are forever guests in our homes, no matter how much happiness they may find there." (Elsie de Wolfe)
(Politically incorrect , yes, but in reality most women seem to agree!)


As a designer who has been the around the proverbial block a few times, I can tell you that a recurring theme (and problem!) in my work is the sometimes wide divide that occurs between the little woman of the house and her significant other. Often it turns out that I feel more like a decorating therapist than anything else, and believe me, I think it may be the one area that separates the women from the girls. It takes some tact and finesse, my friends.

(Since I want to keep working in this town, all names have been changed and any likeness to persons living or dead is purely coincidental! )


Case #1: This was a lovely couple, of the same age group as my parents. I had been called to update their small but hugely successful business. She had been the one to contact me, so I felt duty-bound to be true to her first. The problem was, as most couples of their generation do, HE controlled the purse strings. Every day was a negotiation. She wanted it, she loved it, and he was absolutely in sticker shock. Keep in mind this was early in my career and my prices were anything but expensive. I would stand between them while they had me interpret. Example: She: We need to update this place and I like all your ideas. Tell him I said so! He: You tell her I'm not made of money! Does she remember how much it cost to build this place in 1963?!!

OKAY! OKAY!! Now I am feeling like I am twelve and in the middle of my parents bickering. Not good. But somehow I navigated this storm. We compromised and she got most of the things she wanted. But I'll tell you what. I learned that the He Said, She Said War was not for the faint of heart.

Here are some common recurring themes along these lines that I run into:

She said: I want help with these panelled walls from the '70's. Should we paint them, spackle over them, or just gut the place?

He said: I love this panelling. It gives the place character. Besides, does she think I'm made of money?

She said: We need some new furniture. We have had this stuff since we got married and have reached a place where major updates are in order. I deserve it!

He said:: I like this naugahyde recliner just fine. It is molded to my butt and feels like an old friend. And that duct tape on the side just adds to the character!

She said: I want some color! I want something that is pretty and adds personality.

She said: How can we conceal this huge television?

He said: How can we arrange things so I can see the television from every angle in the house?

She said: I want hardwood floors with beautiful rugs in the seating areas.

He said: Why would you want to cover up awesome hardwoods with a bunch of expensive rugs?

Case #2 Again a great couple. Just a little far apart on the goals for the project. On the first visit, it was obvious that this was one sweet couple. They welcomed us in and explained that they had had some work done previously but really weren't happy with it.

He said: We just need a few changes to complete the look the other designer did.

She said: Yes! Of course! Just a few changes and add-ons. (Wink, Wink.)

This is what we did:

The clients moved out.

We repainted the entire interior.

We took out all the interior trim and doors and replaced them with upgraded versions, complete with new hardware.

We tore out all the countertops and replaced them with new granite tops.

All the furniture was sold and replaced. All new window treatments were fabricated and installed. Some silk.

A new custom built fireplace was installed in the master bedroom.

All new lighting throughout the house.

New tile in kitchen and baths.

All new artwork and accesssories throughout.

All family photographs re-framed and displayed.

New built-in cabinetry throughout the house.

This turned out to be an absolutely wonderful project. A lovely couple. A lot of hard work. But in the end, what the girl wants, the girl gets!
Posted by Southern Chateau at 4:22 PM

'How can we arrange things so I can see the television from every angle in the house?' That is so funny! And it's so true. I loved this post! Happy blogging!

Love this post! Oh how I can identify with this dilemma. Isn't it wonderful when the planets align?
It's amazing what can be achieved when everyone adopts a can-do attitude and in the end everyone gets something that makes them happy. Love your blog!

Thanks, Bayou Contessa! Your blog was my introduction to the blog world after Googling "Gerrie Bremermann". Now look what you've done,I'm hooked!

oh that 'why cover the wood floors' issue. I've heard that and DO NOT get it. I've also heard it about marble counter tops. I once had a friend whose mother actually velvet roped off a sitting room in their house.

Thanks for sharing your "war" stories - they're all killers!

These hot favored couriers are of prohibitive class. Each and every unquestionable man inclines toward wonderful Call Girls in Dwarka Escort office since they realize especially well we are the best office in the town which has a better than normal social event of hot heavenly messengers around there. Beside their engaging looks, Dwarka Escorts are exquisite honored couriers who have classy attitude and data to give full satisfaction to every customer.